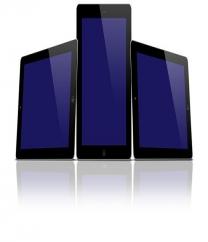 Owen Cain is a 8 year-old boy from Brooklyn with normal mental abilities but with a devastating motor-neuron disease called spinal muscular atrophy. This illness prevents him from making anything but the tiniest of movements, creating a challenge for him and his parents of life and death proportions. Overwhelmed with the task of merely keeping her son alive, Ellen Goldstein explains her perspective.

“We have spent all this time keeping him alive, and now we owe him more than that” said his mother, a vice president at the Times Square Alliance business association. “I see his ability to communicate and to learn as a big part of that challenge – not all of it, but a big part of it. And so, that’s my responsibility.”

Therefore one can understand her excitement when a nurse held up an iPad for Owen to see last June and he responded by doing something he had never done before; he took his pointer finger and ever so gently touched an icon he saw on the screen which opened an application that plays music while one creates scenes of stars. This was a great breakthrough for Owen and his parents, who had tried over the years different computerized communications tools, with little success, especially compared to the success of the iPad, which worked on the very first try.

Even more thrilling is that with the help of the iPad Owen has been able to turn the pages of on-screen books himself, therefore reading on his own. As Ellen Goldstein exclaimed to Owen, “You are reading a book on your own, Owen! That is completely wonderful.”

Despite the fact that the iPad was not designed specially to serve those with disabilities, it nevertheless has been quite a useful device for many people with special needs.   The device is easy to use, and inexpensive, allowing experimentation and a greater freedom to try out different things. An excellent example of “less is more.”