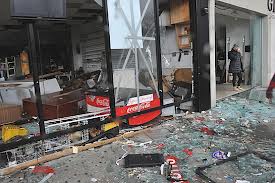 New York City Mayor Michael Bloomberg has promised to create a matching grant fund to aid small businesses seriously damaged by the raging winds of Hurricane Sandy, which ravaged the eastern seaboard at the end of October.

Bloomberg has pledged at least $5.5 million to the fund, explaining that small businesses are a critical component of the city’s fragile economy.

"Small businesses account for 98 percent of all businesses," Bloomberg said. "They employ 50 percent of the people in this city. Two-thirds of them have five employees or less. So they really are the job creators of New York City."

The grant is funded with $5 million from the Mayor’s fund and half a million dollars from the Partnership for New York City.

There were many businesses negatively affected by Sandy’s relentless winds and rain, forcing shops to close for several days after the storm to conduct repairs or simply because there was no power to support their business. The combination of expensive repairs and loss of business could be the hammer’s blow ruining many of these already vulnerable businesses.

Quality Wash Laundromat owner George Hermina in Staten Island says he applied for an emergency loan for his business but has still not heard anything about receiving the money from the city.

Another problem voiced by small business owner Rich Aloi is that the city’s loan details do not go far enough to meet their needs, with high interest and poor pay-back terms.