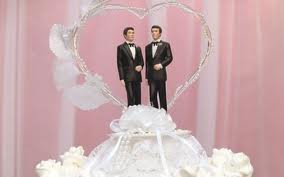 One year has passed since New York made gay marriage legal. Since that time over 8,200 gay and lesbian couples have hitched up together in New York City alone, with the blessings of the state, and the state has likewise raked in an estimated $275 million in economic benefits as a direct result of this recognition.  That number represents about 10 percent of the total licenses issued during that time period.

“Marriage equality has made our city more open, inclusive and free — and it has also helped to create jobs and support our economy,” Mayor Michael Bloomberg said at a news conference this week.

For every couple getting married numerous friends and relatives come and celebrate. It is estimated that during the past year since the law was changed, over 200,000 guests have come to the city to attend weddings. And guests need accommodations, too. It is thought that over 235,000 hotel room nights were reserved at an average cost of $275 per night, says an economic impact survey done by NYC&Co together with the City Clerk’s Office.

This information should add fuel to the already active marketing campaign conducted by “NYC I Do” which is seeking to make New York City the number one destination for gay marriage and honeymoons in the world.