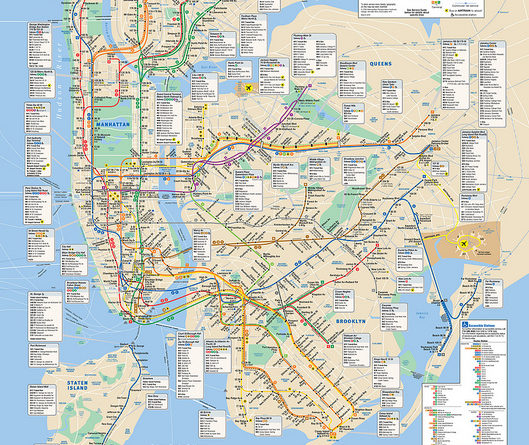 MTA head Joe Lhota did the honors of cutting the ribbon to officially open the station.

“The work that we’ve done here was to bring it into the 21st Century,” Lhota said.

This station is just one of many on several subway lines which will be renovated under the $836 million subway rescue plan. Quality of service is also high up on the agenda of improvements.

“We’re not letting one minute go to waste during nonpeak hours,” Lhota added, saying that when new train cars arrive and new signal equipment is installed, the MTA will be able to run more trains.

Some commuters were disappointed that the MTA did not add an elevator as part of the station’s upgrade.

Having an elevator would be a great benefit to elderly, people in wheelchairs, and others who find using stairs a burden.

“If you’re completely redoing a station, keep in mind the people who need to use it, not just the cosmetic improvements,” one commuter commented.

Lhota said that putting in an elevator at the Bay Ridge station was not possible.

“We couldn’t do it for this site because of the logistics,” Lhota said. “If we were able to do it, we would do it.”

Four other R stations will be getting elevators in accordance with the Americans with Disabilities Act- at 59th St, 77th St, 86th St and Bay Ridge-95th St.